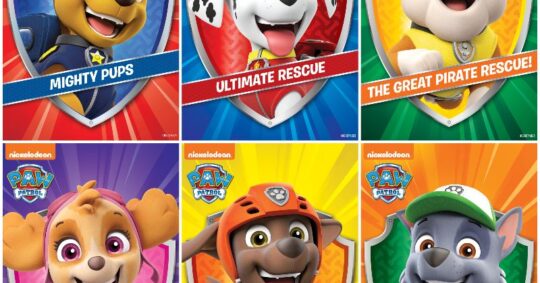 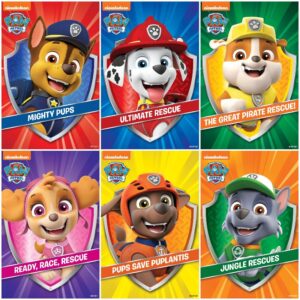 I love these 3 videos, that were just released.  It made my sister’s in law grandbabies day.  She gave them to her, and the little one immediately asked her mommy to let her watch them.  She sat with eyes glued to television, the entire time.  They are great videos, and there’s a video with each of the characters.  These videos will be watched, and loved, by the little girl for a long time.  She’s still young, and my son watched til he was in school, and still watches every so often.

Here’s more about the videos:

In anticipation of the PAW Patrol’s first-ever theatrical release PAW Patrol: The Movie (coming to theaters Friday, August 20), Paramount and Nickelodeon Home Entertainment are releasing an all-new line look of the top-selling catalog titles of 2020. Each DVD features a faceplate that showcases a fan-favorite pup and includes a giant sticker that introduces each pup’s unique movie look. Parents and kids will want to collect them all!

E-commerce retailers will be carrying DVD bundles of the refreshed catalog, which will also include stickers showcasing the movie pups in all-new CGI animation. The line look bundles will include the following PAW Patrol DVDs: Mighty Pups/Pups Save Puplantis 2-Pack (featuring Chase & Zuma), Ready, Race, Rescue/The Great Pirate Rescue 2-Pack (featuring Skye & Rubble), and Ultimate Rescue/Jungle Rescues 2-Pack (featuring Marshall & Rocky). Each bundle will be shrink-wrapped together and available for the suggested retail price of $16.99.

Additionally, Paramount and Nickelodeon Home Entertainment are releasing a separate 3 TV Movie Pack featuring all three PAW Patrol TV movies. This 3 DVD gift set, which also includes a large sticker sheet featuring characters from PAW Patrol: The Movie, is the perfect addition to any fan’s collection. The 3 TV Movie Pack will include all three original TV movies (Mighty Pups, Ready, Race, Rescue, and Jet to the Rescue) for the suggested retail price of $19.99. 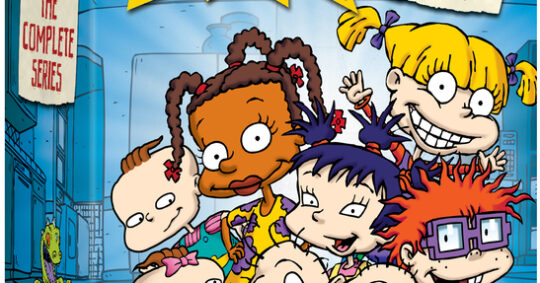 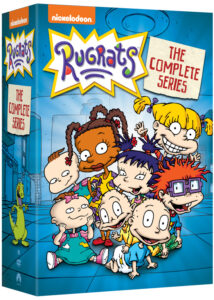 For the first time, fans will be able to enjoy all nine seasons from the Emmy Award-winning show in one giant, 26-disc collection. Rugrats follows the secret life of babies Tommy, Chuckie, Phil, Lil, Kimi, and Dil, plus toddlers Angelica and Susie, as they embark on misguided adventures (in reality and their vivid imaginations) right under the noses of their unsuspecting parents and grandparents.

Featuring the voice talents of E. G. Daily (“The Powerpuff Girls”) as Tommy, Tara Strong (“The Fairly Odd Parents”) as Dil, Nancy Cartwright (“The Simpsons”) as Chuckie, Kath Soucie (“Danny Phantom”) as Phil and Lil, Cree Summer (“Robot Chicken”) as Susie, Cheryl Chase (“All Grown Up!”) as Angelica, and more, this collection is perfect for both “growed up” long-time fans and today’s generation of kids to enjoy!

Featuring over 67 hours of hilarious hijinks and crazy crawling adventures, including special episodes “Runaway Reptar” and “All Growed Up,” Rugrats: The Complete Series will be available for the suggested retail price of $55.99 U.S. Rugrats was created by Arlene Klasky, Gabor Csupo and Paul Germain.

Synopsis:
This must be your ducky day! The whole world is a big adventure waitin’ to be ‘splored with all 9 seasons of Rugrats, the classic Nickelodeon TV show, in a 26-disc complete series collection! Tommy, Chuckie, Angelica, Phil & Lil and Susie find themselves in a slew of adventures — both real and imaginary. Baldly go where no baby’s every gone before as the Rugrats turn the ordinary into the extraordinary every day!

About Nickelodeon
Nickelodeon, now in its 42nd year, is the number-one entertainment brand for kids. It has built a diverse, global business by putting kids first in everything it does. The brand includes television programming and production in the United States and around the world, plus consumer products, digital, location based experiences, publishing and feature films. For more information or artwork, visit http://www.nickpress.com. Nickelodeon and all related titles, characters and logos are trademarks of ViacomCBS Inc. (Nasdaq: VIACA, VIAC). 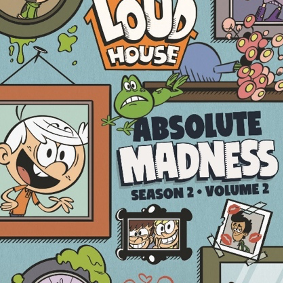 Pizza parties are more fun at the Loud House! So what better way to celebrate today’s DVD release of The Loud House: Absolute Madness – Season 2, Volume 2 than with your very own DIY pizza party! The recipe below lets you know all the ingredients you’ll need and includes fun print-out labels to give them a Loud House-twist. 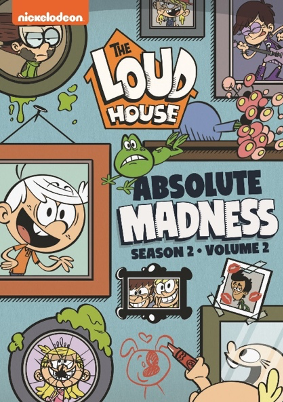 The Loud House: Absolute Madness – Season 2, Volume 2 episodes:
DISC ONE
Out of the Picture / Room with a Feud
Back out There / Spell It Out
Fool’s Paradise / Job Insecurity
ARGGH! You for Real? / Garage Banned
Change of Heart / Health Kicked
Future Tense / Lynner Takes All
Yes Man / Friend or Faux?

The Loud House: Absolute Madness – Season 2, Volume 2 synopsis:
Eleven’s a crowd in the Loud House! With ten girls and one boy, it’s absolute madness when the sisters swap rooms based on a compatibility test. Then, Lisa steps up her social skills, and makes a…friend? Lynn learns a lesson on sportsmanship, and Lincoln and Lynn L. Loud, Sr. appear on “Legends of the Hidden Temple!” Whether someone’s making moves (to find their missing baby picture!) or moving out (into the garage!), get ready to laugh it up with the Loud Family!