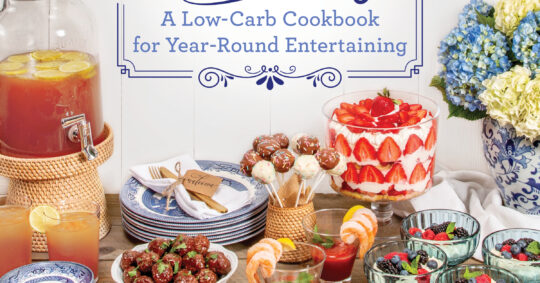 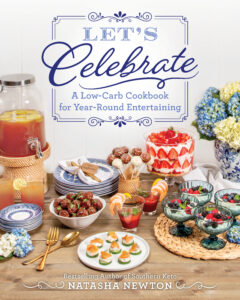 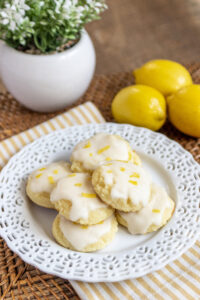 1. In a medium-size mixing bowl, whisk together the flours, baking powder, and salt.
2. In a large mixing bowl, use a rubber spatula to stir together the ricotta, egg, granular sweetener, and lemon zest until mostly smooth, using the spatula to smash the ingredients against the side of the bowl. Stir in the lemon juice and vanilla until well combined.
3. Stir the flour mixture into the ricotta mixture a little at a time until well combined, but don’t overmix.
4. Cover the dough and place it in the refrigerator to chill for at least 1 hour.
5. Preheat the oven to 350°F. Line a baking sheet with parchment paper.
6. Using a 1-tablespoon cookie scoop, scoop up the dough and place on the prepared baking sheet, spacing the cookies about 2 inches apart.
7. Bake for 13 to 14 minutes, until the bottoms are slightly golden. The tops of the cookies will be set but light in color. Allow the cookies to cool completely on the baking sheet; they are fragile when they are hot.
8. To make the glaze, place the sweetener, zest, and juice in a small mixing bowl and whisk until smooth. Drizzle the glaze over the tops of the cookies. Garnish with more lemon zest, if desired. 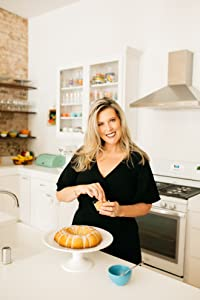 Check out more Fantastic recipes with this amazing cookbook available on Amazon.

THE QUEST FOR TOM SAWYER’S GOLD Coming to Digital 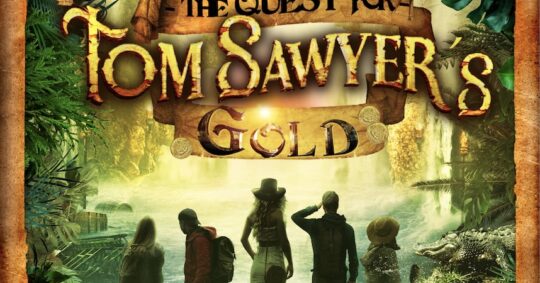 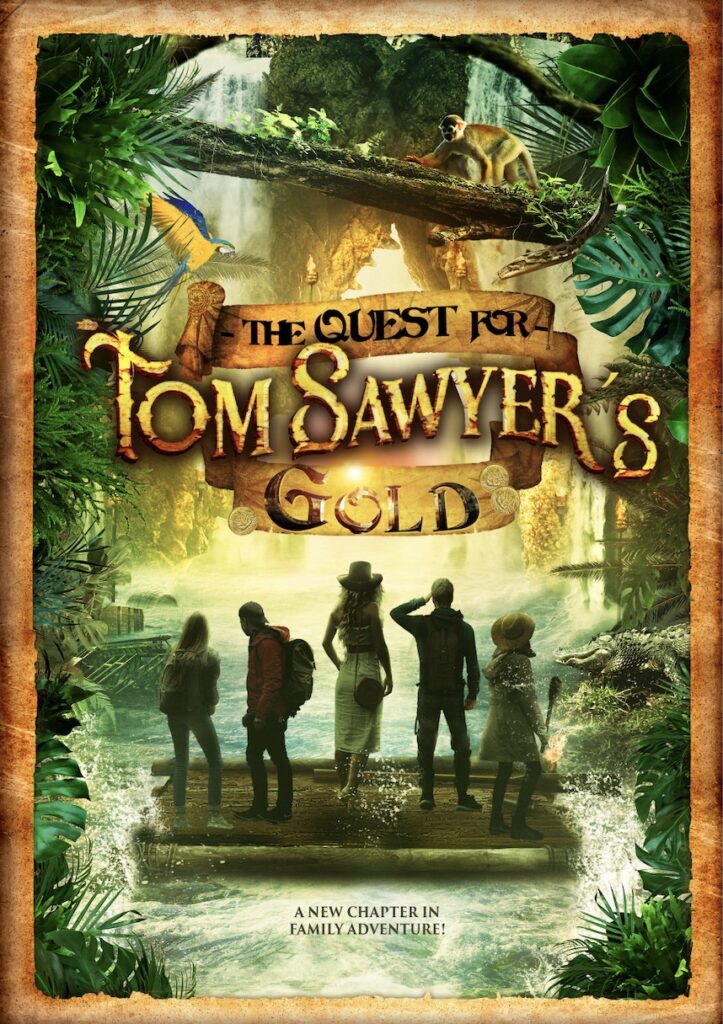 Patrick Muldoon (“Melrose Place”) and Joey Lauren Adams (Chasing Amy) star in THE QUEST FOR TOM SAWYER’S GOLD, a fun-filled family adventure about a family who must use the classic book The Adventures of Tom Sawyer to uncover a vast treasure trove, is coming to digital and on demand March 28 from Lionsgate.

In the spirit of National Treasure comes this family adventure Starring Patrick Muldoon (“Melrose Place”) and Joey Lauren Adams (Chasing Amy). Antony and his two friends believe Tom Sawyer’s vast treasure is hidden nearby, so they search for it using clues from the classic novel and a series of maps–and when Antony’s mom, Agatha, joins the search, she turns out to be a tough, smart explorer herself! But Agatha’s old rival (Muldoon) is also on the hunt. Who’ll be first to grab the gold…and the glory? 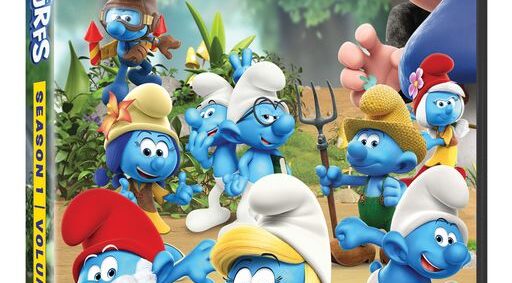 THE SMURFS RETURN WITH EVEN MORE AMUSING ADVENTURES 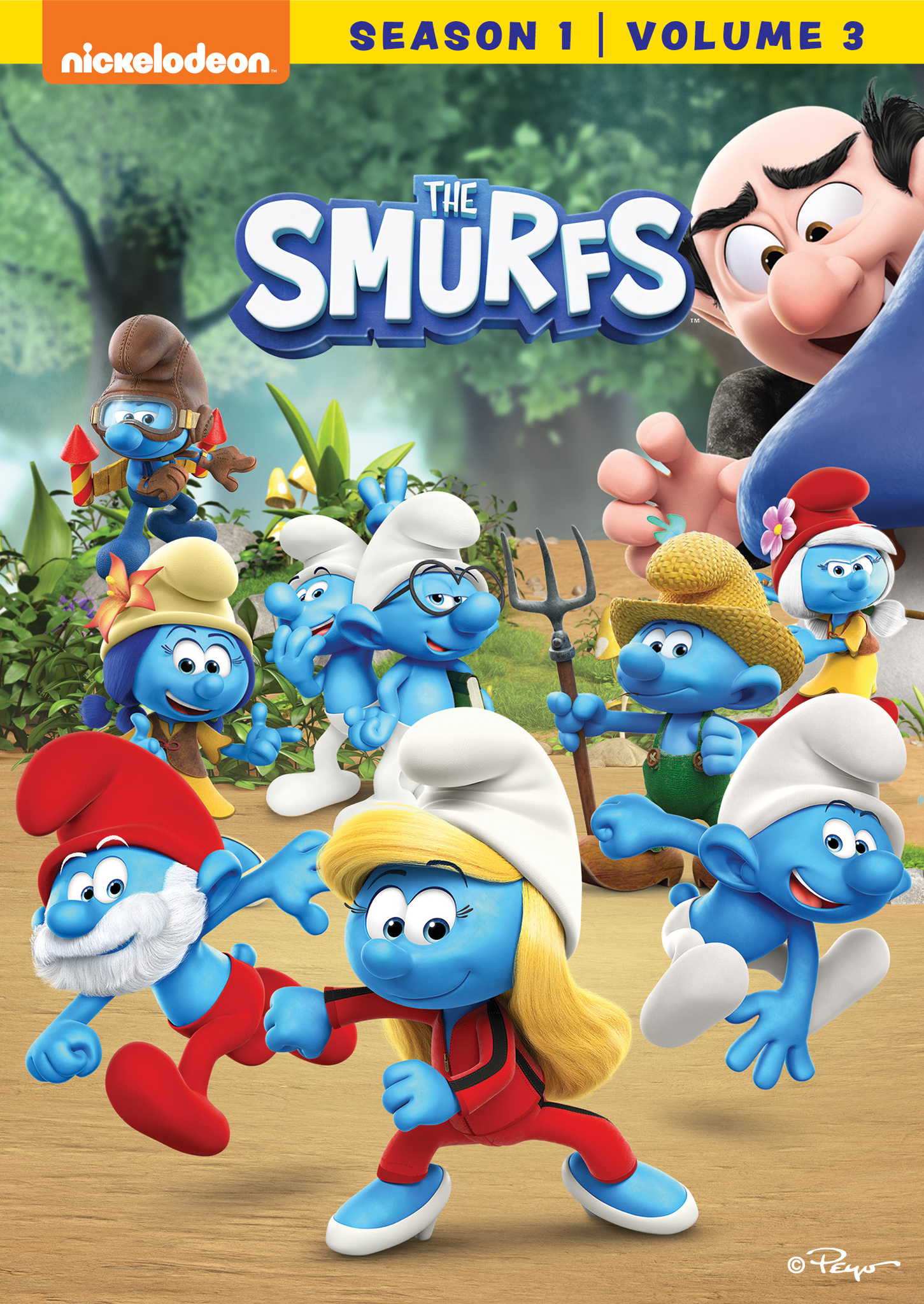 LOS ANGELES– January 5, 2023 – The Smurf village continues to grow in the brand-new DVD The Smurfs: Season 1, Volume 3, featuring new Smurfs and your favorite classic Smurfs! Join the Smurfs as they play epic pranks on one another, celebrate Mother’s Day, make a new monkey friend, and more all the while trying to escape the evil wizard Gargamel

The Smurfs: Season 1, Volume 3 synopsis:
The Smurfs Season One adventures continue as Gargamel plants a crystal ball to spy on the Smurfs and they turn the tables on him! Vanity attempts to cure a zit and turns himself into a lizard instead. After being captured by Gargamel, Papa Smurf, Willow and Vanity offer to help him impress his mother, and so much more! This enchanted volume contains episodes 19-26 of Season One!

About Peyo, LAFIG Belgium/IMPS (International Merchandising Promotions & Services)
IMPS, together with LAFIG Belgium, are the official licensors of the little, blue characters ‘The Smurfs.’ Over the years, IMPS has worked in close collaboration with its agents worldwide to develop successful licensed merchandising, retail and co-branded promotions, publishing activities, digital and video games, broadcasting deals, theme parks, live shows, and family entertainment experiences, that have secured the everlasting success of the Smurfs.  IMPS is run by Véronique Culliford, the daughter of Pierre Culliford, the creator of the Smurfs, who is better known under his pseudonym Peyo. Véronique has run IMPS since 1984 and controls with LAFIG Belgium the rights to the Smurfs characters and the Smurfs licensing worldwide.

About Nickelodeon
Nickelodeon, now in its 43rd year, is the number-one entertainment brand for kids. It has built a diverse, global business by putting kids first in everything it does. The brand includes television programming and production in the United States and around the world, plus consumer products, digital, location-based experiences, publishing, and feature films. For more information or artwork, visit http://www.nickpress.com. Nickelodeon is a part of Paramount’s (Nasdaq: PARA, PARAA) global portfolio of multimedia entertainment brands.