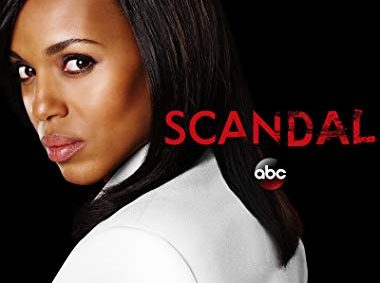 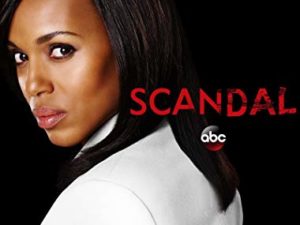 I’ve really enjoyed watching Scandal, so when I found out the final 2 seasons were on DVD, I had to own them.  Kerry Washington is one of my favorite actresses, and she did this part complete justice.  I really enjoy watching her in Scandal.

The line between predator and prey dissolves into a struggle for survival in the riveting sixth season of ABC’s Scandal.

Despite Olivia Pope’s (Kerry Washington) best efforts, Frankie Vargas wins the Presidency; however, all bets are off when he’s assassinated. And as the conspirators escalate their tactics, Olivia Pope alienates her O.P.A. “gladiators” by fully embracing her dark side as “the most powerful person in the world.”

Viewers will enjoy all 16 episodes, as they surrender to the riveting labyrinth of obsessive passion and wickedly decadent fun. Bonus extras include extended episode “Transfer of Power” and deleted scenes.

Savor the last, decadent drops of the most satisfying TV show, Scandal: The Complete Seventh and Final Season.

A new era begins as Mellie Grant becomes President. But the real authority lies with the new, self-appointed head of B613: Olivia Pope (Kerry Washington). Unfortunately, the more power Olivia gains, the more of her soul she loses, until a battle of wills with Rowan leads to a shattering betrayal.

Fans can drink in all 18 alluring, must-own episodes of the groundbreaking final season of television’s most seductive drama, plus a bonus extra: extended episode “Over a Cliff” (finale).

In ABC’s “Scandal,” everyone has secrets and Olivia Pope has dedicated her life to protecting and defending the public images of the elite by keeping those secrets under wraps. Pope and her team are at the top of their game when it comes to getting the job done for their clients, but it becomes apparent that these “gladiators in suits,” who specialize in fixing the lives of other people, have trouble fixing those closest at hand—their own.