May 18 is National Cheese Souffle Day 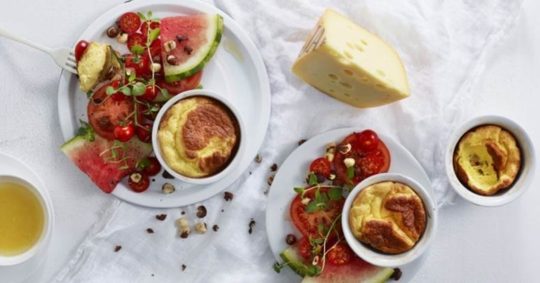 PERFECT FOR THE WARM SUMMER EVENINGS

Depending on what ingredients you use, the Soufflé can be served both as a savory main dish or sweetened as a dessert. Here we’ve combined this French classic with a tangy lemon vinaigrette and a fresh tomato and watermelon salad which makes it perfect as an appetizer or main course, preferably enjoyed outdoors on one of those warm summer evenings.

5 eggs with the whites and yolks separated

Jarlsberg® cheese for the topping

TO MAKE THE SOUFFLE

Pre-heat the oven to 400 °F. In a pan, heat the milk, bay leaves and shallot until boiling. Remove the pan from the heat and let the contents rest for 20 minutes. Grease the inside of the ovenproof ramekins.

The soufflé mixture will rise quite high, so don’t overfill the ramekins. Melt the butter in a pan and stir in the flour.

Strain the rested milk mixture, and gradually whisk it into the butter and flour mixture.

Cook over a low heat, stirring constantly, until the mixture thickens.

Remove from the heat. Stir in mustard, salt, cayenne pepper and grated Jarlsberg® cheese. Then stir the egg yolks into the mixture. Whisk the egg whites until stiff and gently fold them into the mixture, a little at a time. Divide the mixture between the greased ramekins.

Sprinkle a little extra Jarlsberg® cheese on top, if desired. Bake on the bottom shelf of the oven for 20-25 minutes until the soufflés are golden and well risen. They should be slightly soft in the middle. Slice the tomatoes and melon.

Make the vinaigrette by whisking the juice of the lime and the orange together with the oil and mixing well. Add salt and pepper to taste. Serve the soufflés immediately after they are taken out of the oven.

Serve with the tomato and watermelon salad garnished with roasted hazelnuts and with the vinaigrette. 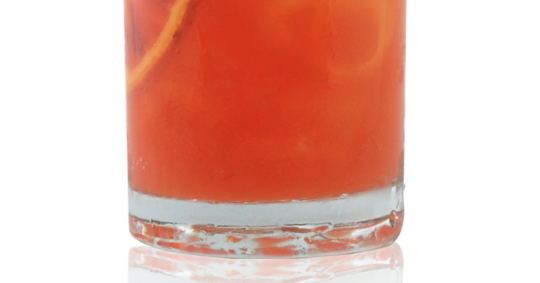 We love Khor Vodka.  It has a great taste, and settles well in your stomach. 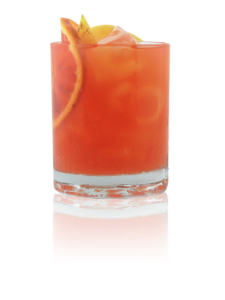 We aren’t drinkers, so my dad tried it.  He said it was great, in the recipe, featured on their page, and found below.  So, I tried a taste, and it was mighty delicious.  Didn’t drink too much, though, because I don’t like being drunk.  Especially with having surgery in less than a week.

Orange is the new Black Drink:

I couldn’t even taste the Vodka, that’s how great this drink was.

There’s an entire page of recipes, which is great.  It tells you which Khor to buy, because there are 4 different Khor to choose from.

My dad also tried the Hot Honey Pepper Vodka, and he said it had a different, but delicious, taste.  He’s not a heavy drinker, but knows great taste.  And, he tried the Risky Business Recipe on the page.  Said it was a delight as well.  I don’t like the taste of pepper, but he insisted I try it, so that I could get the feel.  It was a delicious, not so peppery, taste.

Soupman is the ultimate soup.  We eat it everyday in our home.

My dad loves it, especially the Lobster Bisque.  We buy this for him, by the case, because it’s his favorite.  He will be 70, so when he needs something quick, he can pour it out of the box, and into a bowl.  Then, heat.  It’s delicious, I’ve tried it, but I’m more of a Chicken girl.  My mom likes the Chicken Gumbo, and my daughter likes the Crab Soup. 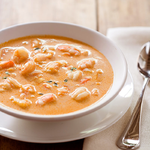 Here’s something cool.  You can find the closest supermarket to you, and go there to try Soupman.

What is a Bisque?
A rich cream based soup, usually seafood and usually finished with sherry.

What is a Chowder?
A rich, usually seafood, soup made with broth, potatoes and usually cream.

What is a Goulash?
Rich Central European stew, usually with beef or veal and usually flavored with paprika.

What is a Gumbo?
Of Louisiana origin with African influence it is a rich stew usually with meat, poultry or seafood thickened with okra.

What is a Chili?
Of Tex-Mex origin it is a rich stew usually with beef or poultry simmered with onions, tomatoes, chili peppers and beans.

There’s so much more to learn, at this link.

Where it all started

THE PHENOMENON STARTED BACK IN 1984. WAY BEFORE THE CLASSIC PUNCHLINE ON SEINFELD, THERE WERE LONG SOUP LINES OUTSIDE OF AL’S LEGENDARY NYC STORE.This was soup worth waiting for, even in sub-zero winters. The innovative recipes, miraculously fresh ingredients and spices from Al‘s secret sources showed jaded New Yorker’s a whole new side of soup.

You can learn more, and where to purchase The Original Soupman, here.