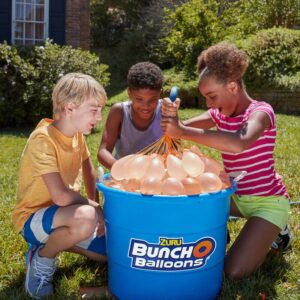 Both items will be twisted together in one listing for Prime Day, so it would be great to use the first listing link.

Bunch O Balloons –  This spring the “go-to” water balloon around the globe that fills and ties 100 balloons in 60 seconds are now 100% recyclable!  ZURU  Bunch O Balloons, the original and best-selling water balloons are now made using recyclable plastics, which has led to over 1,200 tons of plastic being removed from this brand this year, a 57% increase over the company’s original goal of 800 tons set last year. In addition, balloons are made of natural latex rubber and biodegrade, further delivering on environmentally and sustainable practices.

With Crazy ZURU Bunch O Balloons Water, each stem comes with a completely new mix of multi-colored balloons for added backyard water excitement.  All ZURU Bunch O Balloons™ products in the USA, Canada, U.K., Australia and New Zealand will be fully recyclable through their new TerraCycle Recycling program. Consumers simply sign-up online, package all their used Bunch O Balloons packaging and balloon pieces then ship to TerraCycle, where they will then be processed and recycled into new materials.  Ages 3+, SRP $8.49 Available at Target, Amazon and Walmart 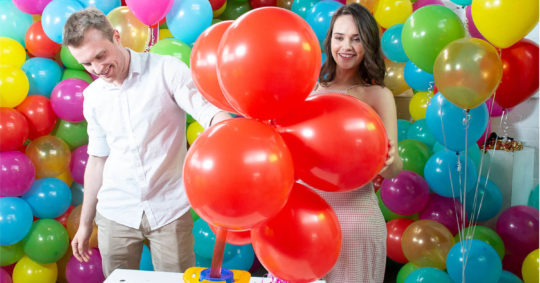 We recently received a package from ZURUtoys, and it’s the best thing I’ve gotten all Summer.  My 8 year old went crazy of the X-Shot Fast Fill water guns.  He has had a blast, since he’s received the guns.  His sister, age 22, is playing too.  They go outside, and the guns are fast fill, in the pool. 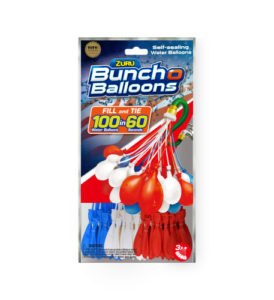 We’ve loved Bunch o Balloons self sealing, rapid filling, water balloons, since last Summer, so getting these, was an added bonus.  We took the hose and filled them up, and the kids had so much fun busting them on each other.  There’s 100 balloons in each packet.  That’s enough for some fun.  We blew up 3 packages, and the kids even started throwing them at me, so I threw them back.  It’s been the highlight of my Summer, playing with my kids outside.

• SAFE TO ENVIRONMENT:Bunch O Balloons and O Ring are biodegradable and recyclable

Bunch O Balloons Self Sealing Balloons was a new thing to us.  It’s fantastic, now that we know it exists.  Fill up 40 balloons, with air, in 40 seconds.  I’ve never seen anything like this.  It’s so easy, and the valve closes, making it impossible for the air to get out.  They are already tied, as well.  All you have to do is use the pump, and presto, you’ve got 40 balloons blown up, tied, and ready to go in just 40 seconds. 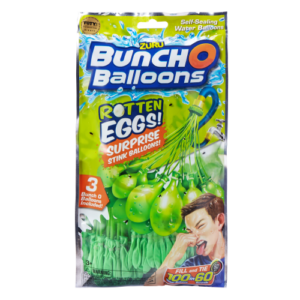 I don’t want to forget the Bunch O Balloons Rotten Egg Balloons.  Those were fun for me, because I can’t smell.  The kids enjoyed it too, but hey, they are weird.

These products can all be found at Walmart: