Eternals is being released 1/12 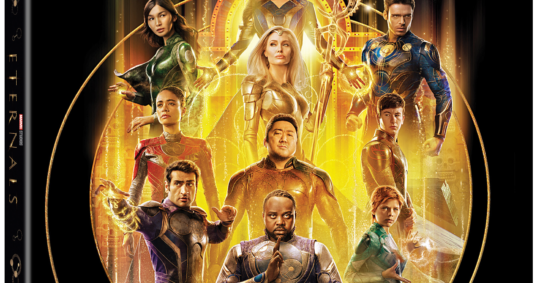 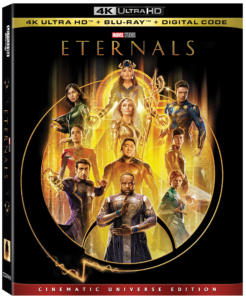 Film Synopsis
Marvel Studios’ Eternals follows a group of ancient heroes from beyond the stars who had protected Earth since the dawn of man. When monstrous creatures called Deviants, long thought lost to history, mysteriously return, the Eternals are forced to reunite in order to defend humanity once again.

Bonus Features*
Audio Commentary – View the film with audio commentary by Chloé Zhao, Stephane Ceretti, Mårten Larsson
Immortalized – Phase 4 of the Marvel Cinematic Universe launches into the cosmos with the Eternals. In this behind-the-scenes documentary, dive deep into the reasons why Marvel wanted to immortalize these superheroes for the MCU.
Walks of Life – Eternals unveils Marvel’s biggest and most diverse lineup of Super Heroes in one film. Hear reactions from the cast on being involved in the film and the instant sense of camaraderie that was felt on the day they all joined each other in their costumes.
Gag Reel – Watch some of the hilarious mishaps of the charming cast and crew.
Deleted Scenes
Gravity – Phastos and Jack have a conversation that leads to a breakthrough.
Nostalgia – Sprite and Makkari reminisce about humankind while overlooking the ruins of Babylon.
Movies – Gligamesh and Kingo connect over movies while crossing the Amazon River with the rest of the team.
Small Talk – Sprite confronts Dane in the museum about his interactions with Sersi.
*bonus features vary by product and retailer